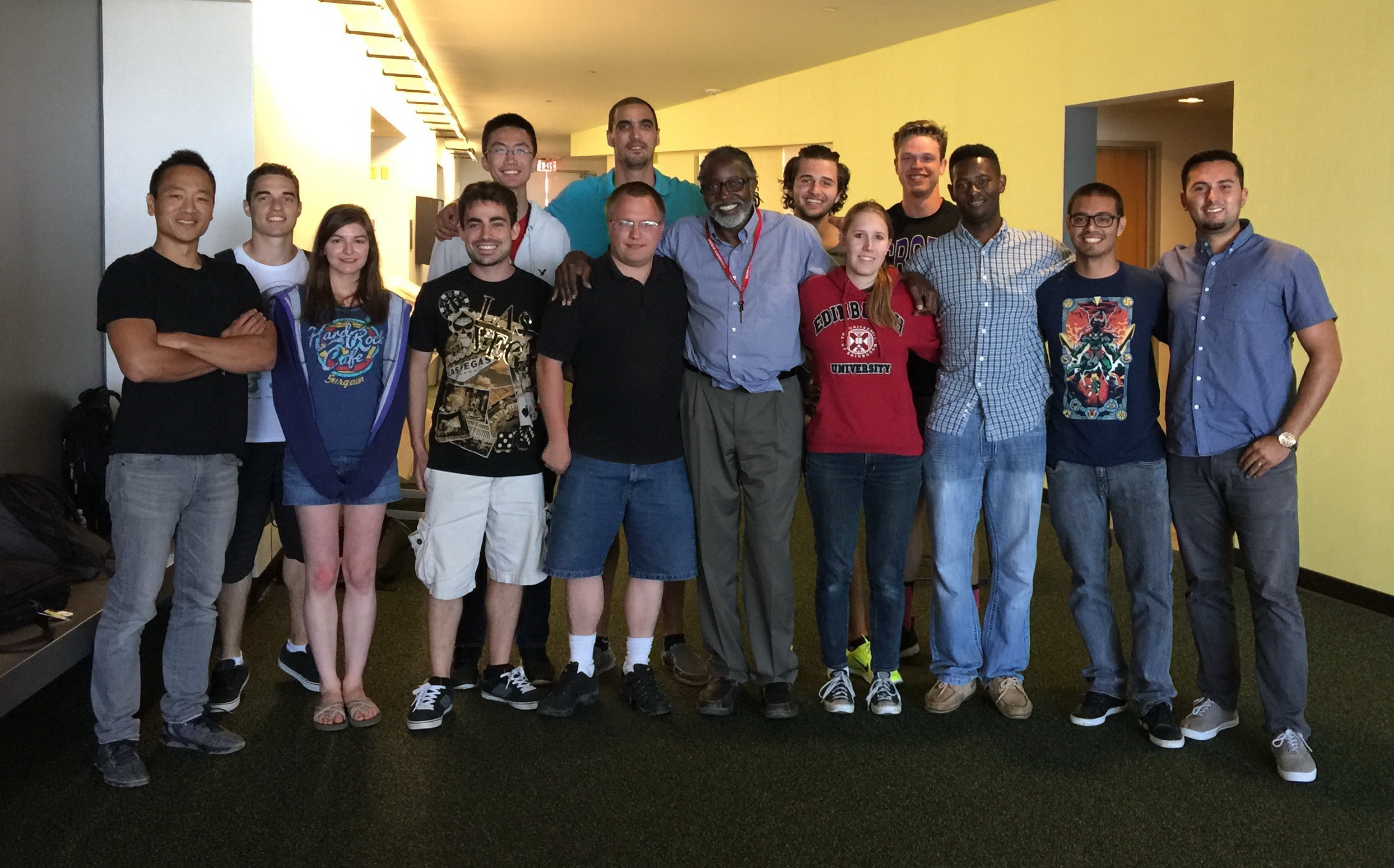 The 2015 Summer Research Experiences for Undergraduates (REU) Program has come to an end. The 10 week program brought students from several universities across the United States and Brasil to work on challenging engineering projects that require intensive research, reiterative rapid prototyping, testing and collaboration. This unique research experience leads to the development of engineering tools and platforms to assist conservationists, ecologists, and archaeologists in applications ranging from 3D mapping of ancient sites using LiDAR, aerial bird nest detection, tracking of endangered species and behavioral monitoring. Engineers for Exploration is proud to have hosted the following students: Sebastian Afshari is an Aerospace Engineer of the class of 2017. Â He worked this summer on developing an Autonomous Helicopter, based on needs learned directly from field work and interaction with field researchers. Â He has been a member of E4E since 2014, and is the Project Manager of the UCSD Design Build Fly Team. Â In his spare time he enjoys cycling, soccer, baseball, and other outdoor activities. Blake is a third year Computer Science & Engineering student in Storrs, Connecticut. He worked on the ParaDrone this summer and felt that his whole experience in San Diego will have a lifelong impact on him. In his free time Blake enjoys writing, traveling, laughing, and lamenting the fact he chose to go to school on the east coast. Samuel is a senior currently pursuing a bachelorâ€™s in Electrical Engineering with a focus in computer design. He then plans on pursuing a Masterâ€™s in intelligent systems through the BSMS program at UCSD. This summer he worked on the Elephant monitoring project, as well as the initial research into the Rhino truck detection projects. In his free-time he enjoys working on the flight code for his arduino-controlled quadcopter. Annie is a senior Computer Science major. She spent the summer working on bandwidth testing and software development for the Intelligent Camera Trap project. In her free time, Annie enjoys hiking, reading, and cooking. Nathan Hui is a 4th year Electrical Engineering Student at UC San Diego. He is currently Project Lead for the Radio Collar Tracker, a collaboration between UC San Diego and the San Diego Zoo. Hui has been a member of Engineers for Exploration since 2014, working on projects including the Aerial Balloon Platform. In addition to being a student and undergraduate researcher, Hui is an Outings Guide with UC San Diegoâ€™s Outback Adventures, guiding students on trips throughout the Southwestern United States and Western Mexico. Jacob is a 4th year student in Computer and Electrical Engineering in Raleigh, North Carolina. He worked on the Autonomous Helicopter and Paraglider projects this summer, as well as contributing to the Infrasonic Recorder project. He plans to enter the field of defense and autonomous systems upon graduating from college. In his free time, he enjoys olympic, power lifting and watching the Bachelor. Otavio is a Brazilian student who spent last year studying abroad in the US. He is a senior Computer Science major with a passion for robotics and education. Over the summer, he was a member of the Bird Nest Tracker team. In his spare time, Otavio likes to play soccer and travel on his motorcycle. Ihab is a motivated Electrical Engineer in his senior year specializing in control systems, artificial intelligence and machine learning. He has leadership roles in several interdisciplinary projects such as IEEE’s Grand PrIEEE competition and Global TIEs’ Green Bike Trainer. This summer Ihab worked on the sensor integration for the Autonomous ParaDrone, as well as system architecture design and power analysis for the Intelligent Camera Trap. He plans to pursue his passion for robotics and UAVs throughout graduate school. In his free time, Ihab enjoys flying drones, cycling, surfing and traveling. Emily is a senior Electrical Engineering and Archaeology major. Over the summer she worked on the aerial LiDAR project, trying to debug and improve the hardware for future flights. Emily enjoys sailing, reading, and finding the best burrito place in her spare time. Miguel de Villa is a third-year Mechanical Engineering major at UC San Diego. He joined Engineers for Exploration in 2013 during his freshman year and has since contributed his CAD skills to several projects such as the Wolf Tracker, CondorCam, Underwater Tablet Enclosure, and the Powered ParaDrone. This past summer, he acted as the mechanical design lead for the Paraglider V2.5, designing the primary assembly for 3D printing and creating accessory parts for added tuning and aerial photography capabilities. Aside from work, he also enjoys enjoys playing video games, reading comics, watching anime, and spending time with his girlfriend. Tevon is a rising junior at the University of Alabama in Huntsville. Living in a major aerospace engineering city such as Huntsville, he is very interested in the field of defense and unmanned systems. This summer he worked on the Bird Nest payload and the Autonomous ParaDrone projects. When Tevon is not engaged in school or engineering work, he can be found playing table tennis, soccer, or goofing off with friends. Raymond is a senior Electrical Engineering major with a focus in communications. This summer he processed the data from the Guatemala expedition on the aerial LiDAR project. In his free time, Raymond enjoys photography, hiking, and traveling. Eric graduated UC San Diego with a B.S. in Computer Engineering in 2014. In his time at UCSD, he spent two years as a student leader in Engineers for Exploration, primarily designing aerial platforms such as the aerial camera platform and a multitude of copters. This summer, Eric used his expertise in embedded systems to serve as the primary mentor for all of the E4E REU projects. When heâ€™s not in the lab, Eric enjoys climbing, kayaking, advanced flashlights, and tying knots of all kinds. Elioth is a recent graduate in Aerospace Engineering. He was part of the Association of Unmanned Vehicle System International and Engineers for Exploration. Later, Elioth obtained a National Science Foundation fellowship where he led teams of students to develop rapid survey UAVs and to design aeromechanical systems. Drawing from his past experiences as a flight controls engineer, Elioth led the research on autonomous control self propelling parafoils.