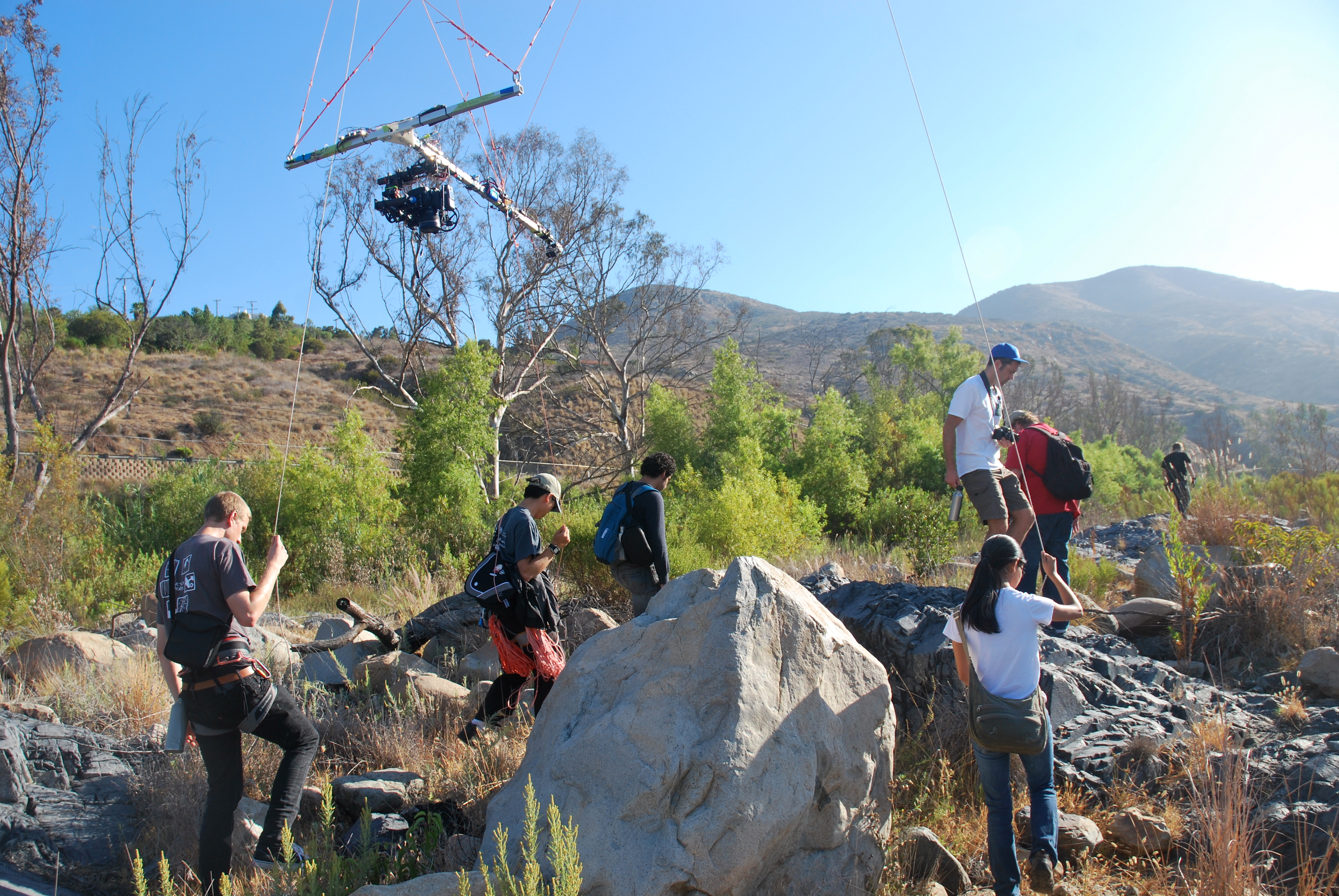 Jennifer Batryn Â will be finishing her 5th year as a mechanical engineering student at Cal Poly, San Luis Obispo. Her academic interests focus on robotics and their application for field research and exploration. She has done several projects in the past working with underwater robots and will be working on the Stingray AUV this summer. The primary goals will be getting it stable in the water and enabling it to effectively navigate underwater with its current array of sensors.

Eric Lo is a senior majoring in Computer Engineering at UC San Diego.Â  This summer, Eric will be continuing his role leading the Stabilized Aerial Camera Platform team as well as the Airborne Radio Collar Tracker team. In his spare time, Eric enjoys reading about, building, and tinkering with robots.

Gabrielle is a rising senior at the University of Pennsylvania, where she is studying Electrical Engineering and Computer Science. She is from Massachusetts, and in her free time she enjoys cooking and practicing yoga.This summer during the E4E REU, she is working as part of the camera trap team.

David Fish is entering his 3rd year as a Civil Engineering student at San Diego State University. David is participating in the Engineers for Exploration program at UC San Diego as a member of the Intelligent Camera Trap team. He is working on the systemâ€™s housing, weatherproofing and the driver gears. David is a Marine Corps veteran with experience in helicopter airframe fabrication.

Michael Carlson is entering his third year as a Computer Science – Software Engineering student at Arizona State University. Prior to the E4E REU project, Michael spent two semesters working on the Arizona Space Grant sponsored Arizona Near Space Research weather balloon project. He has also worked as a Computer Science tutor for four semesters. Michael plans to explore more research opportunities when he returns to ASU in the fall.

Lauren Nishizaki is a rising senior at Harvey Mudd College. Although she primarily studies computer engineering, Lauren also enjoys dabbling in electrical engineering and control systems as well as making things in the machine shop. This summer, she is working on the aerial radio collar tracker. In some of her recent projects, she helped investigate and test novel control algorithms for Eaton Aerospace and collaborated with a team to design and build a combat robot.

Jeremy Blackstone is entering his 4th years as a Systems and Computer Science student at Howard University. Â This summer Jeremy is participating Â in the UC San Diego STARS program working with students in the Engineers for Exploration program working on the tiger camera trap. Â Some of his past experiences include contributing to the research paper â€œDDoS and Other Anomalous Web Traffic Behavior in Selected Countries” as a part of the GEAR-UP program in Santiago, Chile and working in the Web Applications Services group in the IT department of Phillips 66.

This fall, David Muller will be a senior at UCSD majoring in Computer Science with a Specialization in Â  Bioinformatics.Â  This summer, he’ll be spending his time with E4E developing an algorithm to track animals using a low-cost thermal sensor running on an even lower-cost micro controller.Â  He enjoys soccer, biking, and Riley’s thoughts on the “future of shoes.”

Riley is entering his 4th year as an Electrical Engineering student at UC San Diego. This summer Riley will continue as a student leader in the Engineers for Exploration program, leading the terrestrial camera trap based projects as well as offering unsolicited advice to other project teams. Some of his past projects include development on the National Geographic Crittercam, and of course, the Intelligent Camera Trap.