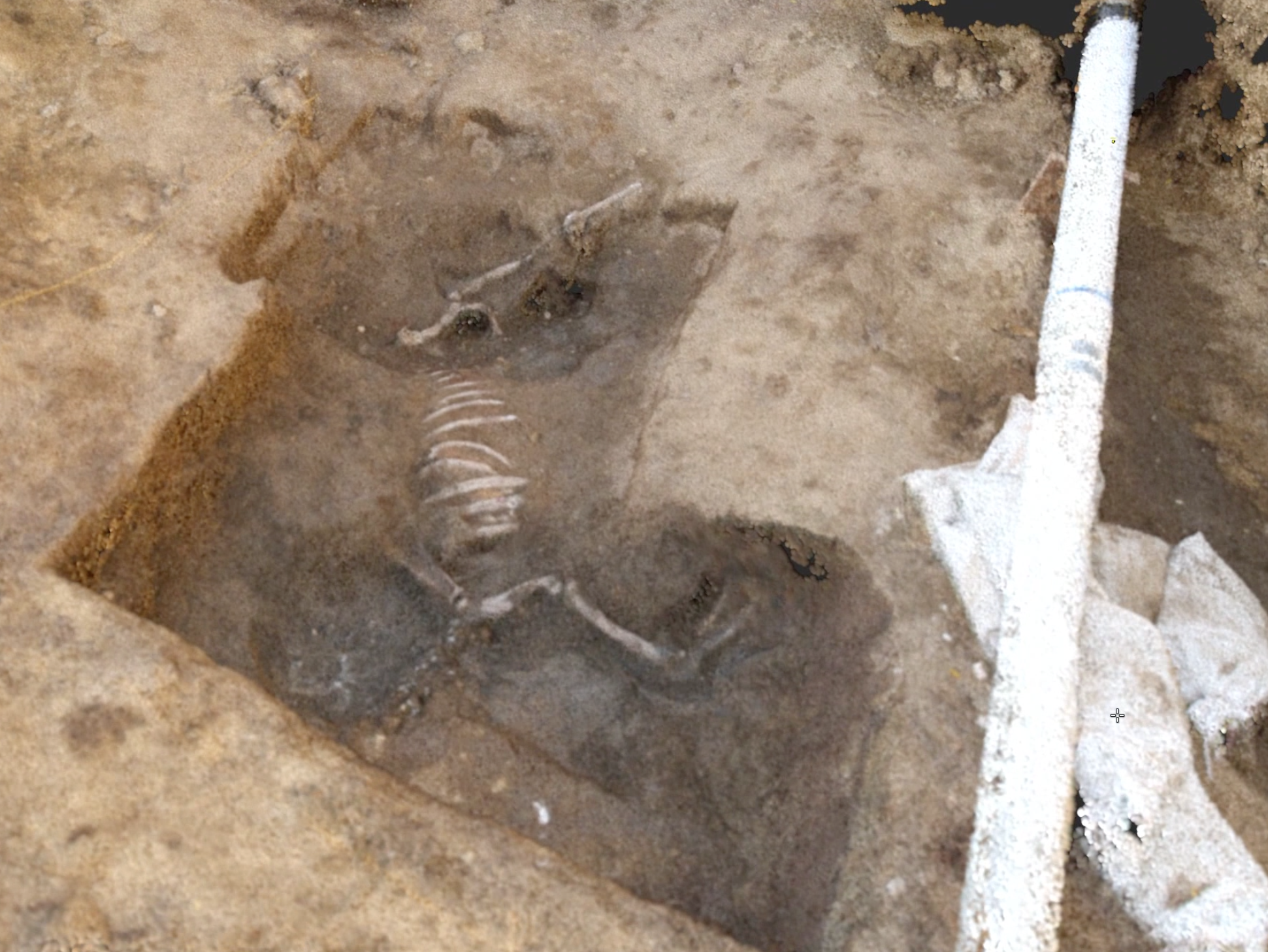 Our goal was to provide a top down perspective on the excavation using our Aerial Camera Platform. We created a timelapse of the excavation, seen in the video below!

The video below shows a 3D reconstruction of the excavation site at the end of the March 8th excavation. The excavation was completed the next day, on March 9th, and the remains were removed and transferred to Del Mar.