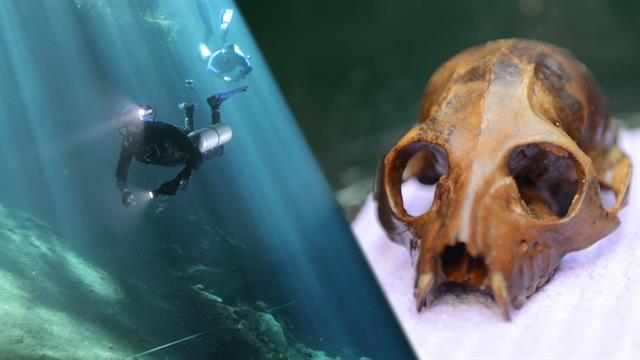 A mysterious graveyard of giant lemur fossils has been found in the underwater Aven Cave in Madagascar. The Stereo-Imaging Diving Rig Project is a collaboration between E4E and the team of scientists and National Geographic grantees to study this discovery. Phillip Lehmen, of the Dominican Republic Speleological Society, and Alfred Rosenberger from Brooklyn College lead a team of anthropologists and paleontologists examining this site. The skeletons range from 200 to 5,000 years old, with some specimens closer to the size of gorillas than modern-day lemurs. The scientists hope to study the remains to learn more about what happened to the species, and use their discoveries to inform conservation efforts for lemurs today. In order to study the remains in situ and preserve the discovery site, E4E is designing a diving rig for stereoscopic imaging to create 3-D reconstructions of the cave. Our solution is a small, easily maneuverable diving rig with cameras controlled by the diver via an iPad. The cameras will be mounted inside clear acrylic domed housings, and a minnowboard will connect them to the iPad. Our project goal is to produce reliable and good quality images from the site, so the place and all the other elements can be studied and understood by scientists and explorers.