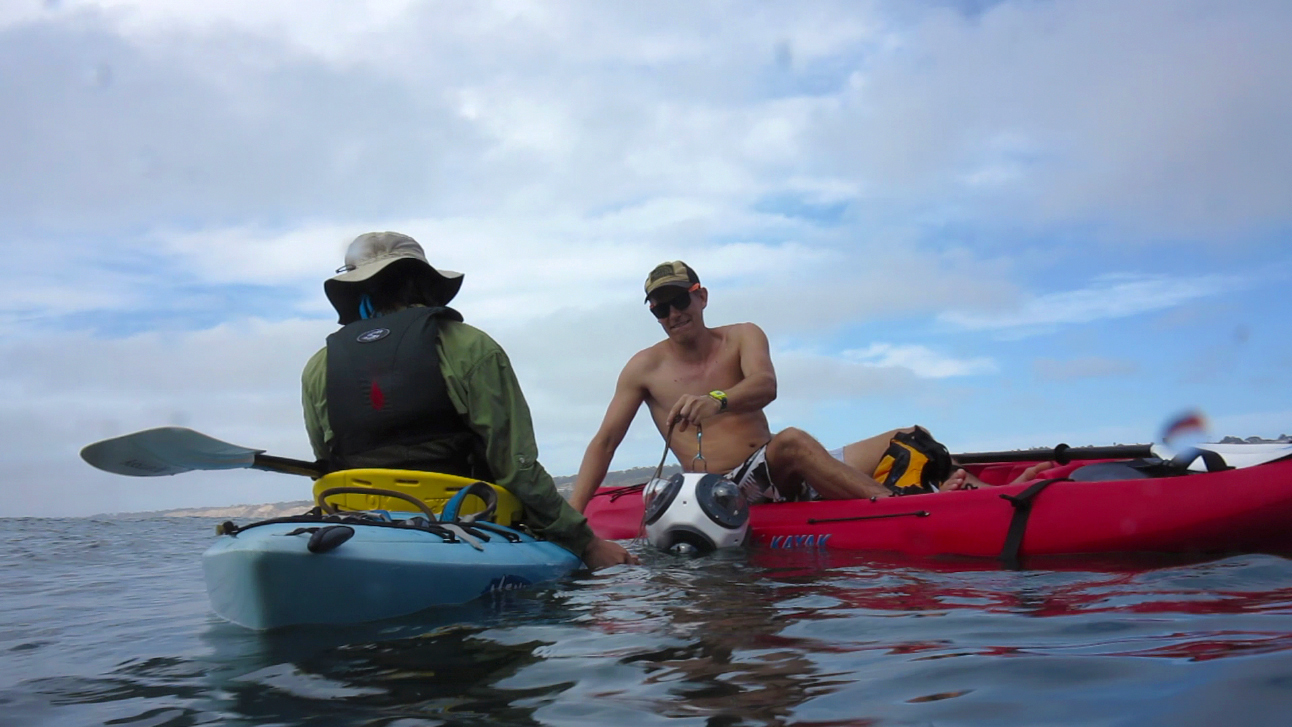 This weekend we completed initial field testing of the Mariner quadcopter and the SphereCam, two of the technologies that we are deploying to capture media and scientific data of the vaquita, a critically-endangered porpoise in the Gulf of California.

On the first day of field testing, we completed initial flight tests and tuning of the Mariner, a customized off-the-shelf waterproof quadcopter that we will fly from a fishing boat in Mexico to take aerial footage of the vaquita. Our Mariner is outfitted with a waterproof gimbal which stabilizes a GoPro Hero4 Black in waterproof housing, allowing us to fly with a video feed and safely capture aerial footage of marine creatures.

After a hammerhead shark spotted off La Jolla Shores delayed our ocean field testing, we went to Mission Bay with kayaks in tow to complete the first over-water flight tests of the Mariner. 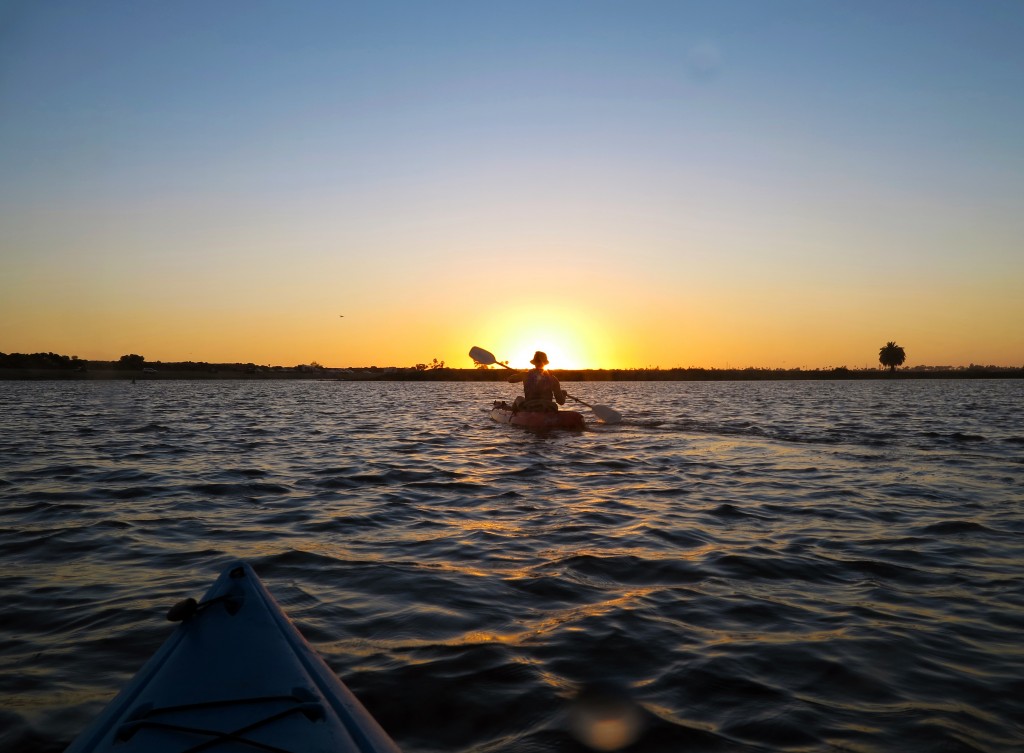 The video below shows one of our successful flights of the Mariner over water. The Mariner is capable of safe water landings and takeoffs since the entire body is watertight, and all external cameras and sensors have been enclosed in waterproofed containers.

On day two of field testing we tested the SphereCam, an acoustically-triggered spherical underwater camera trap that we have been developing over the past several months. The SphereCam contains 6 cameras which yield a 360×360 degree view of the surrounding area, and is triggered by the vocalizations of cetaceans via an ultrasonic hydrophone. 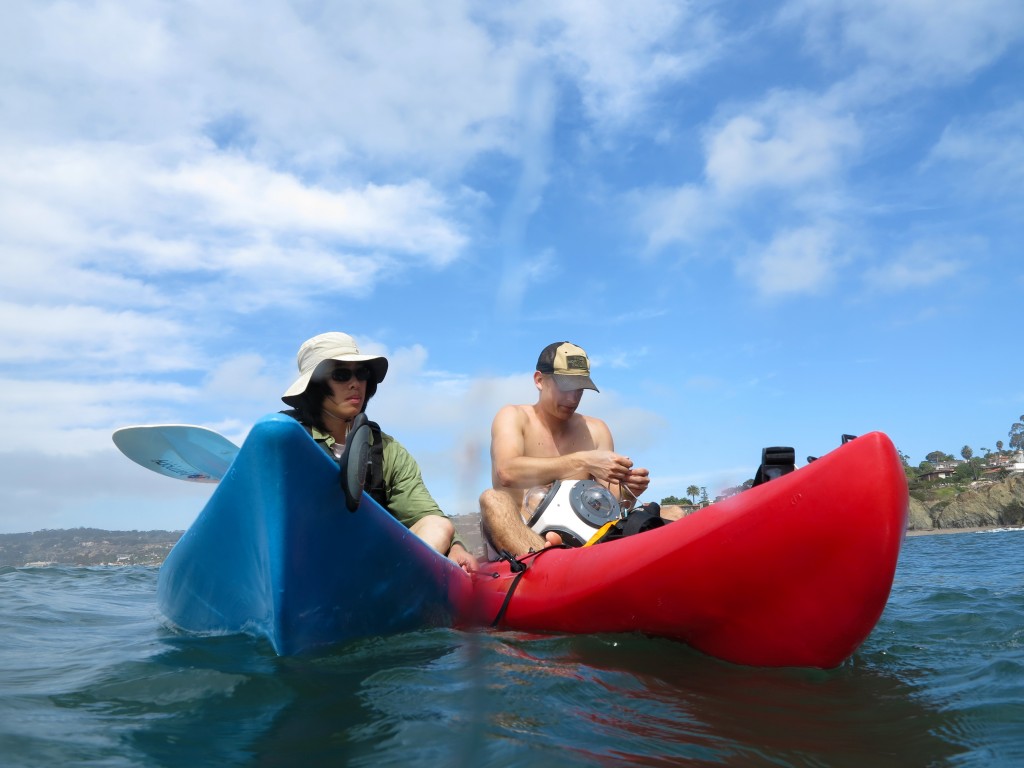 This was the first underwater test of the SphereCam, and we focused on testing the characteristics of the mechanical platform (buoyancy, water flow inside chassis, etc.) and video recording via remote triggering. We successfully recorded 30 minutes of underwater video at two different sites in La Jolla Cove, and no one got eaten by a shark. All in all, a successful weekend!

The next step is testing the performance of the hydrophone trigger. Our first test of acoustic triggering will be to trigger the camera trap off the vocalizations of dolphins off the coast of La Jolla, before testing the triggering on vaquita in Mexico. Check back soon for more updates on this project!